To develop this good habit when you are travelling abroad

Do you know how important a small receipt is? Today I gonna tell you guys a story of my client during his stay in China few days ago.

My client was from France, this was his first time to China, he came with his friend. Here we use S to stand for him. Same as the other clients, he visited our office and factory. And after the work was done, I brought them to see the city, to try the delicious food in local. Sometimes I used the car and driver from our company, sometimes I used DD private car, sometimes I used the taxi. I took the receipts everytime, maybe they didn’t pay attention to it as they were sitting at the back seats always and talking to each other all the time.

We met almost everyday during his stay, they trusted me a lot. Then on Sunday, no work for us so I brought them to shopping, at night I wanted to go home to have a rest while they still wanted to visit the city. I was very tired as I spent the nights with them almost everyday until 23:00, sometime until 24:00. So I told them where to take the taxi and remember to get the receipt. Then I went home to sleep. But in one hour when I was almost home, they called me and said they lost their iphone and money. ?! What??? I took the taxi to find them and asked what happened. S told me that he left his new iphone 7 in the taxi, and along with his cellphone case there were credit cards and some money. Then I asked for the taxi receipt but was been told they didn’t get it… Why??? S said the taxi driver didn’t willing to use the meter and charged them something like 20 Yuan(Actually it just need about 12 yuan normally) . So they didn’t have receipt. But they remembered the taxi was yellow color. Very well, the only information I got is yellow color taxi. There are so many small taxi companies using yellow color. It’ll be like looking for a needle in a haystack.

Hence, I went to two police stations with them. One was near the site they took the taxi, the other one was near the site they got off taxi. Why? Bacause they didn’t know the number of the taxi, they only remembered the color and the time. Unfortunately, we couldn’t see the number of the taxi from the videos of both police stations. Obviously the cellphone and the money can not be found. And we also been told that the police will not help us to find it back as this was the mistake they made(They forgot and left in the taxi) instead of someone who stole it. It’s beyond their reposibility. Fine, what can we do?

S also told me that the taxi driver was trying to fool them, because when they gave the driver money, they were been told the money was fake, so they gave him the other one, but this driver said many times that the money was fake, S was upset and said that’s impossible! The money was took from the bank. Finally the driver took the money and asked them to get off as soon as possible. That’s why S forgot his cellphone in the taxi.

When S trying to track his iphone, he failed as the cellphone was off. The worst thing was he didn’t set the password… So it means everyone can unlock his cellphone and use it.

Last, I want to remind everyone that remember to get the receipt no matter you are home or abroad! Most important information was wrote on it! 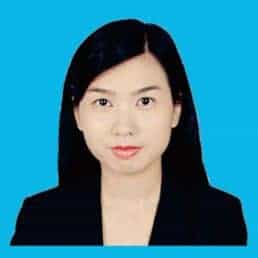 I was graduated in Guangzhou University, my major is management. I can speak fluent English and can be your helpful assistant during your stay in China.
3 entries
11 comments