A Funny Experience During Canton Fair 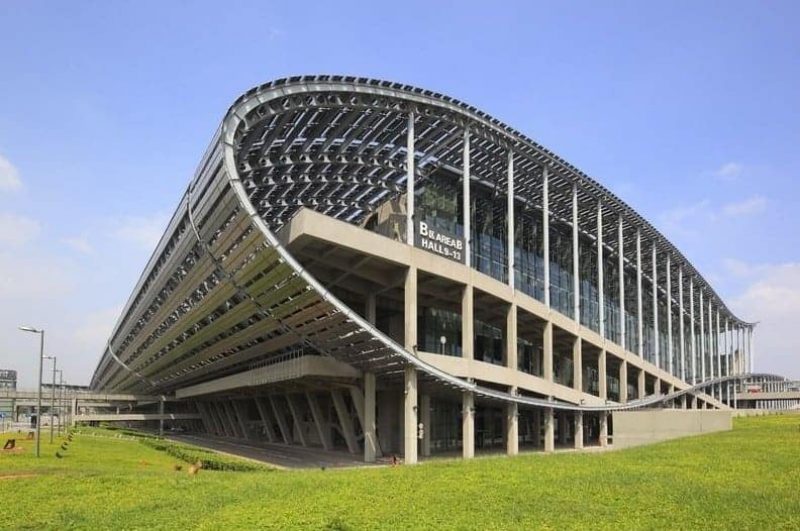 Interpreters work with people, who are of various characters. The longer you work, the more people you meet, the more funny things fall upon your head. Sometimes, when time elapses, such funny things become precious memory and you will smile at these things that had once driven you mad once. It was quite a time ago, when I had just started as a freelance interpreter. A client contacted me via email for renting an apartment, and to make sure the email reached me sound and well, he then called me by cell phone and confirmed a couple of details. I was quite pleased with his careful character. As the Canton Fair was approaching, hotels in Guangzhou were becoming more and more expensive, and even serviced apartments were quite beyond reach of many customers. However, after much efforts, I finally booked a condo, and, on the evening when he was expected to arrive in Guangzhou, I waited for him early in the street. It was a hot evening. People who know Guangzhou will understand how hot and humid the climate could be in October. And worse than that, I had my foot hurt in a football match during the day, so I could not walk properly. I limped actually. And what’s even worse, when I left home, I took only my bus toll card, and forgot to put my wallet in pocket. Just as I was wondering if the guy over yonder was him, I received his phone call, telling me he made a mistake. He did not notice the time difference and he would be in Guangzhou two and half hour later than the appointment. What could I do? I had to smile and told him it’s ok, and I would be, and actual, was waiting for him near the apartment, just let me know once he landed in Guangzhou airport. He was pleased and thanked me profusely. He was a nice guy after all. Every one might make mistakes and forget something from time to time. So, I looked around to find a place to rest my feet, my sore feet, and above all, I needed water badly. Tapping my empty pocket, I’d got no idea at all. Suddenly, I thought about begging. Beggars were quite often seen in the street and I always wonder how they could manage a life. Why didn’t I give it a try? I’m a man of action, and I approach the first person, a middle-aged woman who had just come out of a shopping mall. Before I could explain my situation, the woman turned away from me as if I was something nasty. I looked at my reflection in the shop window. I did not find myself so disgusting. I tried a second time when came in a young man, who did not even give me the chance to open my mouth. I was a little disappointed. Were people so mean to beggars? Or, maybe I behaved the same way? I pumped myself up and walked toward a young woman in sports suit, who seemed to have just come back from exercise. She looked nice and listened attentively to my story. Then, she recommended that my bus toll card could be used as a bank card to pay my drinks. Oh, that’s wonderful. I’d heard of that new application but had never tried. I thanked her and turned to the shop. Then, the stubborn James appeared and he did want to know if he could succeed to beg some money. When another young man appeared in suit, I knew I had a chance. He was well dressed and well educated, and when I talked to him, I intentionally pronounced Shop 7-11 in English. He did not say much, just motioned to me and added: ok, I was thinking of buying something there and you can come with me and pick your water there. I was happy that my experiment had succeeded and I would survive the long waiting for my client. The night was long and my client was no where to find. At midnight, after repeated phone calls, he appeared in a taxi and, to my surprise, refused the apartment, saying the price was too high. I was a little bewildered: wasn’t that the price that he had named? He did not give me any answer, just asked me to find another one, a hotel room would be ok. I called the apartment ower, telling her the client woundn’t be coming and thanked her and begged her pardon for all the trouble. It’s well over midnight, and hotels were mostly full. But the cab driver was happy because we had to take his taxi to travel half the night over half the city. After calling to the door at several hotels, which were all turned down either because of the price or because of god knows what, we approached a seemingly grand hotel and a crowd of Yellow Oxes flocked in, shouting to us they would provide all sorts of services, and as one of them was particularly good at communicating, took my client away even before I could understand what he was doing and what he would do with my client. And, with a “Goodbye, James”, my client was gone! And I was happy! I was happy I could get rid of him and return home! 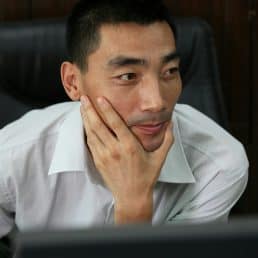 James, the Guangzhou interpreter & translator, well-trained and well-disciplined, willing to help you out and render you efficient interpreting services.
6 entries
6 comments

3 thoughts on “A Funny Experience During Canton Fair”